According to most information technology usages, the prefix Meta means “an underlying definition or description.” So Metadata, at its most basic, is data about data.

Considering the range of data to which it applies, it is not surprising that businesses and organizations have a hard time understanding and managing metadata effectively— from document files, images, and videos to spreadsheets, and webpages, along with the explosion in data quantity.

Extremely basic document file data includes the author, creation date, update date, and file size. When a user is looking for a certain document, searching for a specific piece of a metadata element saves a lot of time.

In addition, a critical aspect of the content lifecycle is the creation and organization of metadata. If you do not record accompanying metadata simultaneously as the content, you will end up with a content repository that is difficult to manage, locate, and retrieve. Simply put, metadata is also a powerful instrument for the effective and efficient management of information.

Why is Metadata important?

Everyone who has created content knows the problem: High-quality assets can no longer be found or, if they are found, they are needed in a different format or resolution. This leads to delays and additional costs, especially if the assets have to be created again. At the same time, digitisation is fuelling a rapid increase in digital content. To enable a standardised process, the assets are enriched with comprehensive information called metadata. This metadata helps to classify and describe the assets. It is important to ensure data standards and to simplify subsequent searches for the contents.

Subsequently, here are other noteworthy advantages of metadata:

Metadata provides various purposes, in which resource discovery serves as the most common. It is comparable to successful cataloging in this case, which entails locating resources, classifying them using criteria, grouping alike resources together, and differentiating between dissimilar ones.

It is also a good way to organize digital assets, which is useful given the explosion of digitalisation. Using metadata to enrich these digital assets is the most efficient method to retrieve and find the assets you own. Meanwhile the metadata can be extracted and converted for multiple usage with software tools.

You can also use metadata to make interoperability and resource integration easier. When metadata gets used to describe resources, both humans and robots can understand them. This option enables the highest degree of interoperability, or how data gets exchanged between several systems with different operating platforms, data structures, and interfaces. As a result, resource searches across the network are made easier.

Information also allows for digital identification by using standard numbers that uniquely identify the resource defined by the metadata. Another technique along these lines is to combine metadata to function as a set of identifying data that distinguishes objects or resources and supports validation requirements.

Lastly, metadata is an important way to protect resources and their future accessibility. It is a critical concern given the fragility of digital information and its susceptibility to corruption or alteration. For archiving and preservation purposes, it takes metadata elements that track the object’s lineage. It describes its physical characteristics and behavior so that you can replicate it with future technologies. 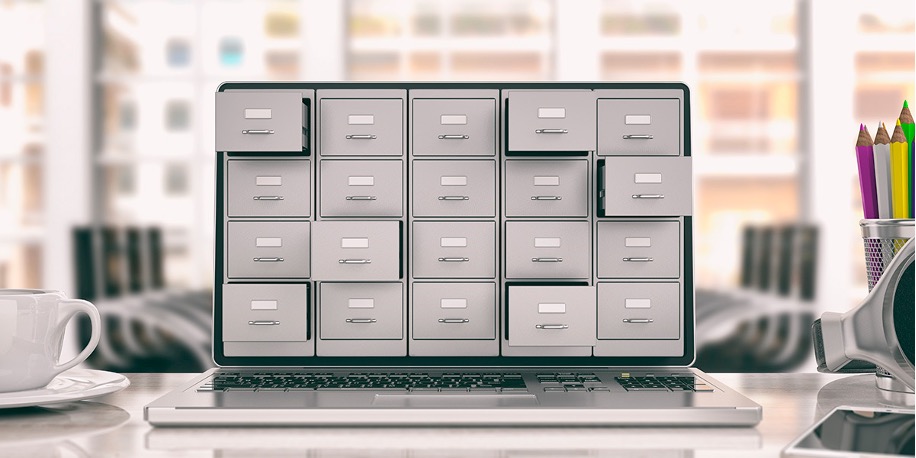 In order for metadata to remain useful, it requires a metadata standard to convey how the data should be used and interpreted. Essentially, each metadata standard sets out a requirement for the way the data is structured and establishes semantics for formatting the data. As you can imagine, there’s a wide range of different metadata standards available intended for different use-cases. With that said, here are four of the most common metadata standards you’ve probably used whether you realize it or not.

The Information Interchange Model (IIM) created by IPTC is a multi-media standard originally intended for news agencies. Despite originally being intended for multi-media, IIM quickly shifted to primarily being used by photographers. IIM allows photographers to include their names within the metadata of the photo along with copyright information to help protect their work. It can also store a caption for the photo along with other useful information.

Created by Adobe Systems Inc., the Extensible Metadata Platform (XMP) offers a metadata format for embedding data into various file types. The difference with XMP is that including XMP metadata into a file does not break the readability of that file when an application does not support XMP metadata. This unique property of XMP makes it a universal standard. It is also an ISO standard.

Commonly referred to as “The Dublin Core,” DCMI sets out a standard for describing resources. This standard utilizes fifteen distinct elements that describe the resource. These fifteen elements have also been standardized into IETF RFC 5013, ANSI/NISO Z39.85, and ISO 15836. The DCMI can be used to describe both digital and physical resources.

As the name implies, the Exchangeable Image File Format (EXIF) is a metadata standard for images. It can also be used for sounds and ancillary tags captured by digital cameras, scanners, and other devices used for digital image and sound files. This metadata standard provides key information such as the device that took the image and if the image was altered.

Information requires context, and we should offer that context in a way that does not create undue stress for the user but rather assists them. In other words, we need to leverage recognition and analytics tools to enhance and automate our contextualization efforts.

One tool of this type is metadata. Metadata allows us to look at the information in new ways and then use the intelligence to drive innovation and better customer experiences.